Tutorials from our Client Support Team to help you set up and get the most from your safety system.

Does your traffic management plan stack up?

Record keeping in agriculture. Why is it important to keep it current?

Record Keeping for WHS: The what, why and how long explained.

Looking after your most important asset, your mind.

October 25th 2020 will mark National Hay Safe Day in Australia, an annual event that recognises and focuses on the safety in the hay and silage industry. An initiative founded and driven over a decade by Suzanne Woods, a fodder grower and hay exporter from Western Australia and the Australian Fodder Industry Association (AFIA) Secretary.

Suzanne tragically lost her father on their family farm whilst he was carting hay. “We all have to face death but when it happens you are never ready”.

“I wanted something good to come out of something so awful and didn't want any other families to endure the suffering that follows such a tragedy.”

“Channelling my grief into a positive outcome definitely helped me get through and having the Australian Fodder Industry Association support the initiative made it possible to reach farmers, contractors and exporters across the country”, Suzanne says.

Headlines featuring hay bale and machinery incidents are almost a common occurrence in the agriculture industry. Just this week it was reported Adam Symons, a farmer from Ganmin in New South Wales, was involved in an incident where his arm was completely severed when it was caught in a hay baler.

In Willunga Hill, a 75 year old farmer tragically lost his life when he became trapped under a large hay bale whilst transporting the hay on a tractor.

Jack Richmond sustained a broken back as well as a shattered foot and ankle when he was delivering hay on a farm near Lancefield. When taking straps off of his truck, a bale became loose and slammed into his back.

Shirley Drake from Mepunga, was collecting feed when a hay bale from the stack fell on her, trapping her left arm.

Unfortunately families and communities at large experience this type of heartache way too often which also impacts the entire agricultural industry. 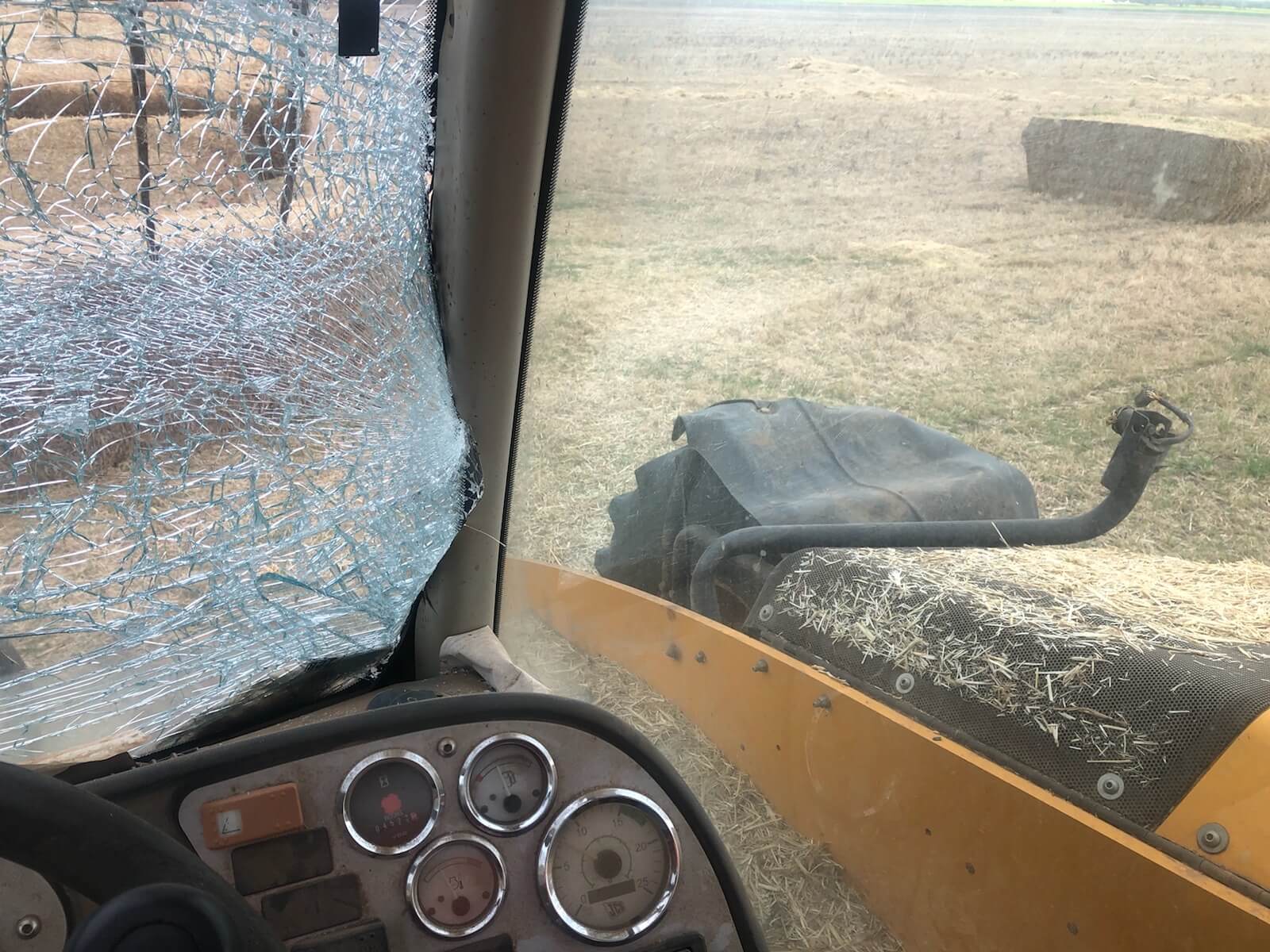 Being Hay Safe isn’t just about education around falling objects, specifically falling hay bales. It incorporates being aware of your surroundings; other people, trucks, telehandlers and forklifts to name a few. It also includes, but is not limited to, safety issues such as loading and unloading fodder, use of machinery guards and operational procedures as well as details around what you should do during an emergency.

Another great resources created by AFIA is their Hay Stacking Guide. The guide provides general safety checks and notes, stacking techniques, transportation advice and loading/unloading bales. Have you thought about keeping workers safe around moving vehicles? Check out our Traffic Management Plan article for a quick guide.

AFIA and Safe Ag Systems have created signage available for you to download and take to your local printer. 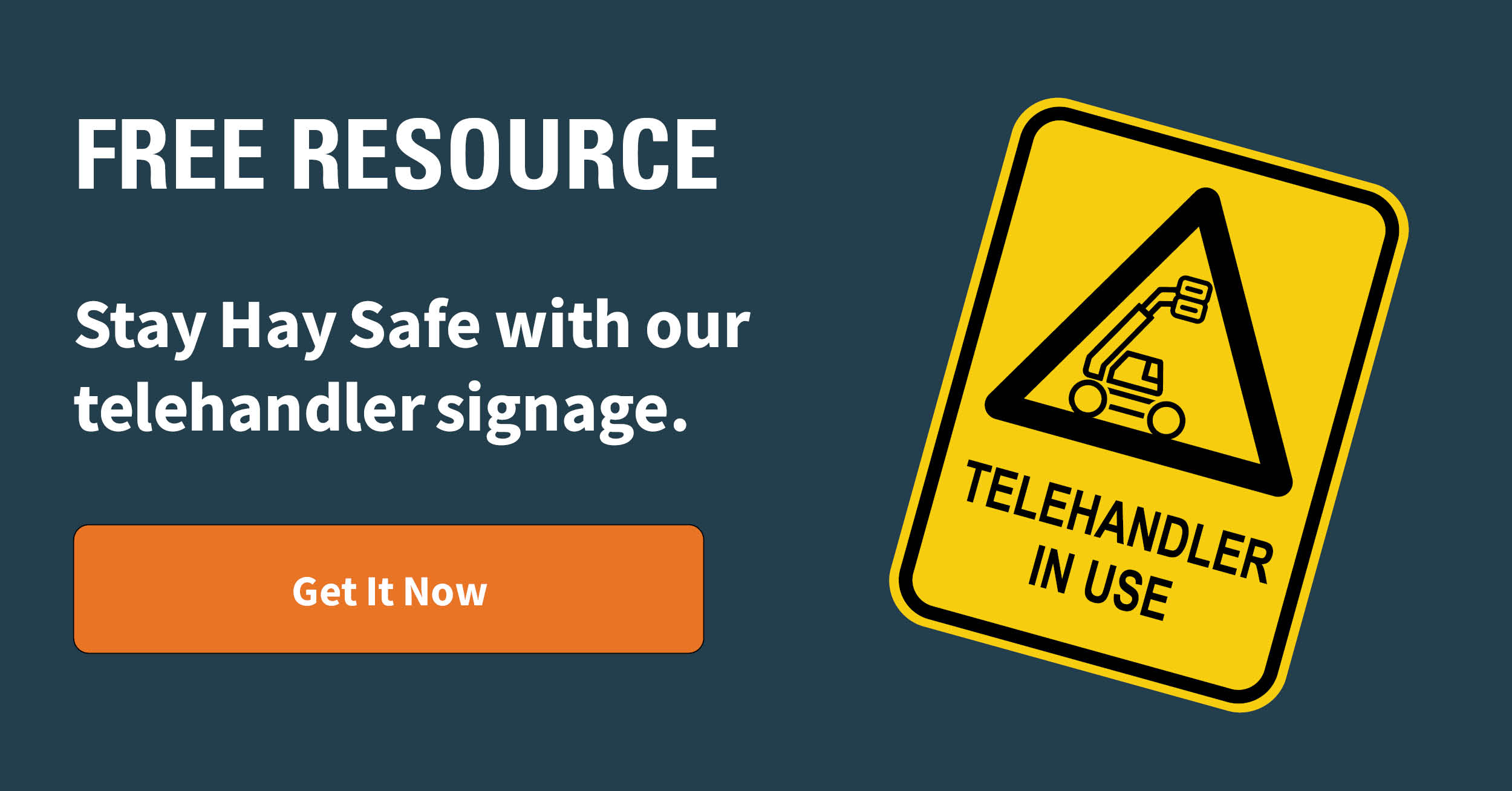 As always, Safe Ag Systems would like to thank Suzanne and AFIA for their ongoing commitment to safety in agriculture and for shedding light on such an important initiative for farming. Everyone has the right to go home safe at the end of the day and the change to safety culture starts with us!

Join the conversation on social media! Follow along on Facebook, Twitter or Instagram with the hashtag #behaysafe or share your images and ideas on how you stay Hay Safe on your property. Or start a conversation with your workers, contractors, friends and family about the importance of being Hay Safe.

5 STEPS TO PREPARE FOR A SAFE HARVEST